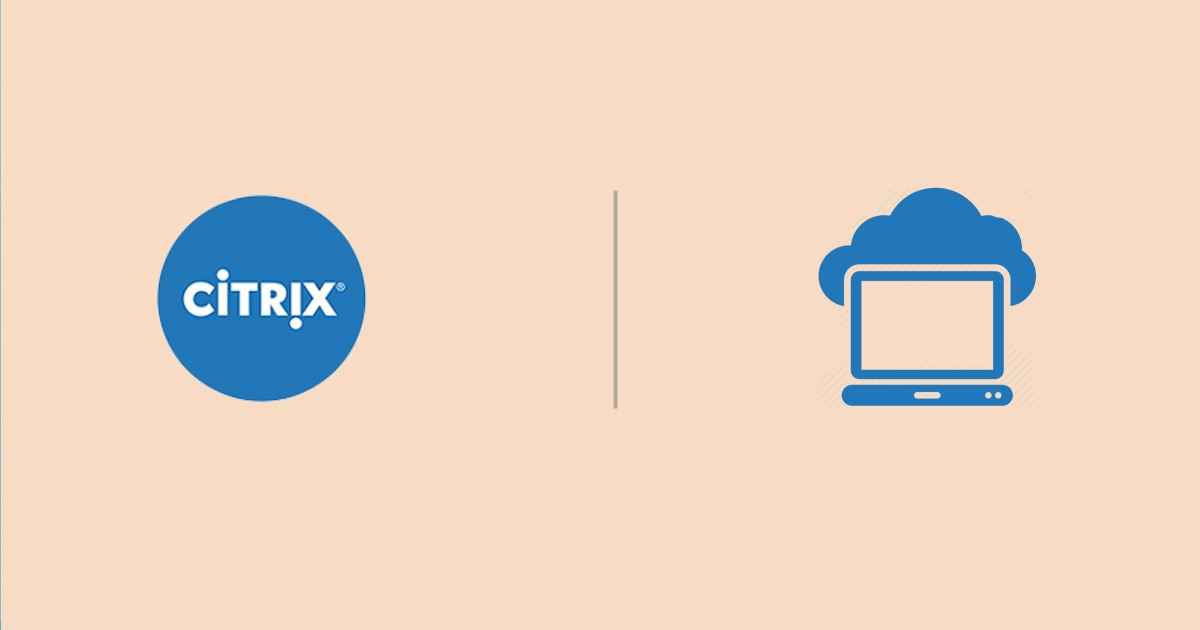 In the context of virtualization, the terms ‘Citrix’ and ‘VDI’ are used together often. While for any technical person, the differences are blatantly clear, a layman may get confused between the two terms.

Hence, in this article, we discuss how Citrix differs from VDI and touch upon the points that you must consider if you are thinking of shifting to virtual desktop infrastructure (VDI) from physical PCs.

Why is it called Citrix VDI?

One of the products offered by the company is called Citrix VDI or Citrix Virtual Desktop, where the prefix ‘Citrix’ is merely a brand name for the actual product. There are many instances where the end product is popularly identified by the name of the company like Xerox is synonymous with photocopies, while Stepney generally means spare tire.

This is one such example of it.  Citrix previously marketed those products under the names of ‘Citrix XenApp’ and ‘Citrix XenDesktop VDI’ and now, they have been rebranded to ‘Citrix Virtual Apps and Desktops’. To explain it briefly, XenDesktop is primarily a virtual desktop solution while XenApp is a shared solution. Though XenDesktop and XenApp work via a similar web interface, you have to launch a VDI machine to use XenDesktop while XenApp is used on a shared platform.

VDI is defined as the process of booting up a desktop inside a virtual environment that is hosted (or created) on a server that is managed from some data center. Since the desktop here exists on a virtual machine (VM) instead of a local storage drive (for example), it is referred to as a virtual desktop (VD). Large organizations such as Microsoft, VMWare, and Citrix offer desktop virtualization solutions in the form of desktop-as-a-service (DaaS); however, there are other smaller and nimbler desktop as a service providers such as Apps4Rent in the market, too.

How does VDI work?

A physical desktop has an operating system and relevant system applications that all boot up on a localized hard drive; however, in the case of a virtual desktop, it is booted from a server. Therefore, the user does not own the hardware which runs the VD, nor do they own the desktop itself.

The DaaS or desktop as a service model is quite like that of SaaS or software as a service that follows the concept of ‘renting’ and the user simply pays for the desktop service depending on their requirements from it. Depending on the industry your business is in, you could find virtual desktops to be beneficial or perhaps not so much. Here are some pointers to consider when considering VDIs.

Why consider a VDI?

Virtual desktop infrastructure (VDI) can be of significant benefit to your business; as a business owner, there are several reasons why you should consider moving to virtual desktops or using a desktop as a service (DaaS) instead of purchasing and maintaining local PCs.

Hence, VDI can help your company reduce the IT costs by shifting from locally-based PCs to cloud-based desktops that can be used or ‘rented’ depending on your business’s requirements.

Why NOT Consider a VDI?

As is the case with any technology, potential benefits are always shipped with potential limitations as well. Some of the limitations of virtual desktops (VD) have been listed below:

As Citrix has a cleaner approach to implement a VDI, it is always simple and hassle-free to use Xendesktops over regular virtual desktops.

Apps4Rent offers virtual desktops running on Windows Server 2019, as well as XenDesktop which uses the Citrix technology. If you are thinking of shifting to virtual desktop infrastructure – Citrix or VDIs – feel free to contact our virtualization experts today!