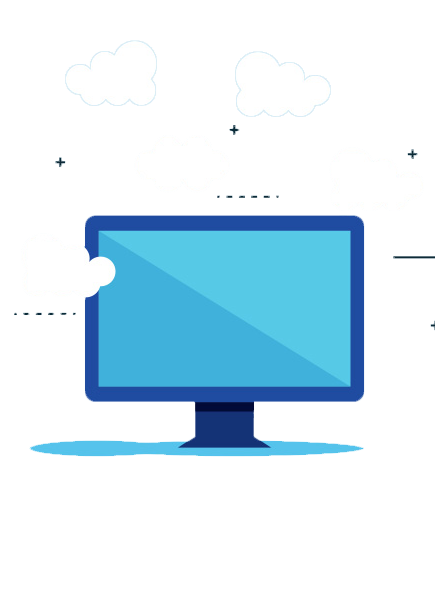 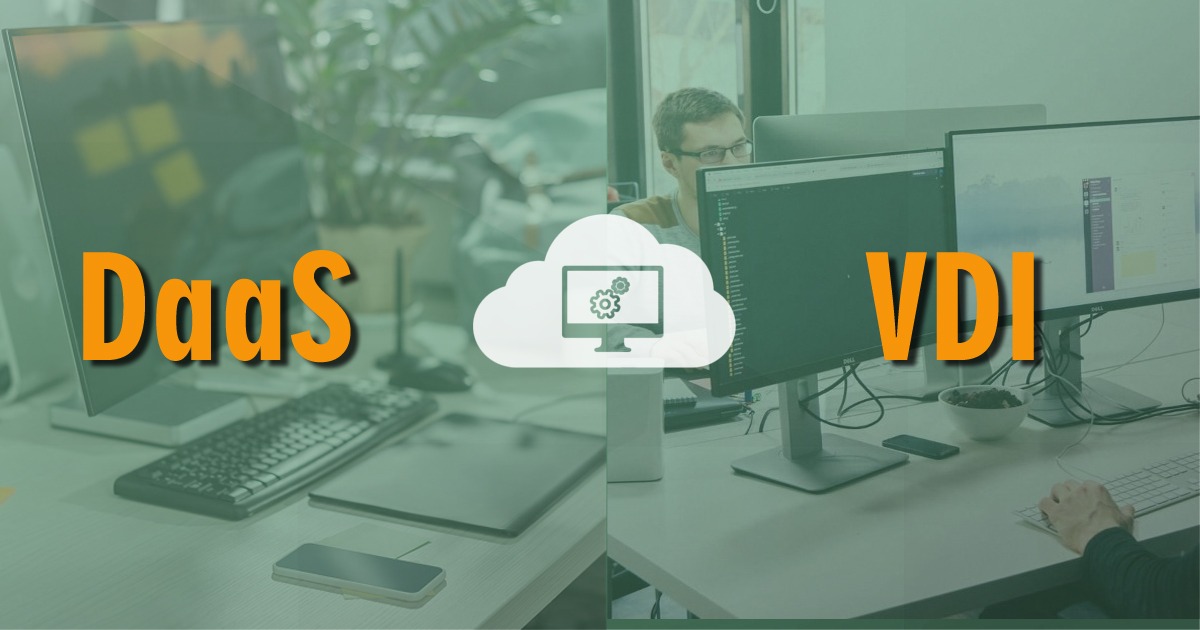 Virtualization technology has been around for quite some time now. However, even today, it is not unlikely for one to get confused with the plethora of terms surrounding it, such as DaaS and VDI. DaaS refers to the desktop as a service while VDI is the abbreviation of the virtual desktop infrastructure. Have you wondered how do those terms vary? How are they similar?

If you are interested to know more about the DaaS vs VDI comparison, keep reading.

VDI refers to virtual desktop infrastructure. Virtual desktop infrastructure refers to a computer system that exists only in the digital space. Usually, to have any operable computer system, you would need various components such as a processor, RAM, graphics memory, and more. For a VDI, all those components are present not physically at your home or workplace, but on some offshore data center. Nevertheless, you can still use the ‘computer’ like you would use any desktop that physically existed at your place. So, you would be using a computer that was only ‘virtually’ present at your location through the internet, and hence the term ‘VDI’ becomes relevant.

There are two types of VDI including persistent and non-persistent VDIs. If you want to provide your users with personalized desktop images that can save information (like a physical computer), persistent VDIs are the way to go. However, if your users only need to use their computers on a per-session basis, nonpersistent VDIs are more suitable as they revert to their original condition once a user completes their session or logs out.

The main benefit of DaaS is that the vendor handles all aspects of the cloud desktop including its hardware and maintenance, so all you need to do is pay the monthly fee and use it as needed.

There are several differences between DaaS and VDI depending on how they are served and offered. When you opt-in for a virtual desktop infrastructure (VDI), you are only offered the computing resources from the cloud on which you can load up a virtualization machine (VM) and an operating system (OS). However, when it comes to a DaaS, you are offered both the software and hardware. If you choose a VDI, you still need to ‘set it up’ with the virtual images of the requisite software that you would be using on it, but in the case of a desktop as a service (DaaS), you can start using the system straight out of the box. Both VDI and DaaS essentially offer the same benefit of cloud-based computing, but DaaS takes VDIs to the next level by also offering a bunch of software with the virtual machine or cloud desktop so the user doesn’t have to worry about them.

Why Should You Choose a DaaS?

Desktop as a service (DaaS) can help a business scale their operations quickly and efficiently. As the number of users increases in your company, you can simply acquire some thin clients and set them up with cloud desktops to handle the computing requirements. At the same time, when the number of users decreases, you can just cancel their subscriptions and stop paying the monthly fee associated with them. With DaaS, your company doesn’t need to worry about aspects such as hardware upgrade and maintenance. If you are looking to get down to business as soon as possible, choose a DaaS.

Why Should You Choose a VDI?

You should choose a VDI if you value control over everything else. With a DaaS, you would be given some bundled software by the vendor, and it doesn’t matter whether you use them or not. However, with a VDI, you have complete control over the software that you want to run on the virtual machine (VM). Therefore, you can decide for yourself whether an application must be allowed to run or not. Additionally, you cannot customize a DaaS in as much detail as a VDI. In the case of a VDI, you can manage or change the hardware on which the virtual machine (VM) runs; in a DaaS, however, this is not possible.

Ultimately, both terms are used interchangeably. DaaS is after all a VDI that is managed by a third-party instead of you having to manage it yourself. VDI is a DaaS without the software offerings. It all depends on what your company needs.

Apps4Rent offers several cloud desktop solutions depending on your computing and storage requirements. We also offer Citrix VDI at competitive prices. If you are looking for virtual desktops, get in touch with us today!